Hanne Darboven finally gets her first UK exhibition at the Camden Arts Centre, London, this month (20 January to 18 March 2012). Too bad it’s posthumous. Full details can be found at: www.camdenartscentre.org/exhibitions 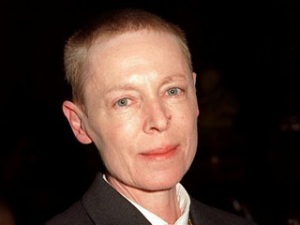 What follows below is a text I wrote on my original blog site – http://whenthathelicoptercomes.blogspot.com – marking the occasion of Darboven’s death.

I am indebted to Elisabeth Lebovici at Le Beau Vice – http://le-beau-vice.blogspot.com –  for alerting me to the death on 9 March of Hanne Darboven (1941-2009), the Hamburg-based conceptual artist known best known for her visual work. Neither Darboven’s foundation nor a lengthy obituary in the Süddeutsche Zeitung (14 March) mention the cause of death. She was 67. Although Darboven’s work has been taken into collections worldwide, there’s has also been a corresponding neglect, at least in the English-speaking world, of the significance and range – in all its historic, aesthetic and political manifestations – of her work. Certainly there are honourable exceptions – one being Dan Adler’s volume on Darboven’s vast installation, Cultural History 1880-1983, that has recently been published by Afterall Books – but these are few. Why should this be? Can it simply be because, with the exception of a handful of years amongst the New York minimalists in the late 1960s, that her output was in Germany, that her language (in as much as she stuck to conventional language) was German? Surely not. If only for the benefit of the prurient interest of the British, the state of being German (and a German artist at that) in the late 20th century is synonymous with fascination. (Susan Sontag got that right.) More likely the reason for Darboven’s comparative neglect lies in the two aspects of her work: its vastness (warehouses were filled to their rafters with writings, pictures, found objects) and also its interdisciplinary nature. She did too much. Darboven, who had originally considered a career as a pianist before entering art school in Hamburg, was an artist for whom the production, the creation of that-which-was-outside-of-her, was both akin to living as well as a defence against a state of non-creation, that is, death. “We write so we are,” she once said – this in reference to the graphic works produced during her Schreibzeit (1975-80), a period of literally (pun intended) writing. There is something overwhelming about her work, and something also quite heroic. And in amongst all her assemblages, it’s Darboven’s work as a composer that been missed. Certainly while living New York in between 1966-68, she experienced the work of the minimalists as work that cut across disciplines with formidable élan. The collaborations of the period are well known – Philip Glass was at once time Richard Serra’s welder, for example. Charlemagne Palestine was known more for performance than performing. If it was this milieu that helped shape Darboven’s sense of how art could be manifest, it is possible that it was also an atmosphere that proposed systematic art. Although what’s come to be understood as minimalist music was, in many ways, a reaction against the limitations of twelve-tone composition, they had a discursive shape – one thinks of the inversions of form that characterises Glass’ early works. For Darboven, whose work was to develop its own way of devising systems – in a way that both played with order and hinted at its polar opposite – to involve herself in music was an obvious route. Just as she translated dates into numbers, so she turned numbers into music. The musicologist Wolfgang Marx, for many years Darboven’s orchestrator, told me: “What I always found interesting was that she translates her numbers into pitches, but does not plan for the organisation of other parameters like rhythm orchestration, dynamics, tempo, etc. She virtually always accepted my proposals regarding these parameters as long as the pitch structure was kept intact.” In other words (numbers? notes?) it’s the web of relationships that she was working on. (And the number of the possible relationships could be huge: Opus 60, for example, contains 120 separate parts.) Marx continued: “The repetitiveness of her scores lets one think of minimalism, but in my view this is rather deceiving. Unlike most minimalist pieces, hers are clearly teleological in that they ‘run their course’ through a given set of numbers and finish once it is completed.” Neglect is nothing new in the art world, but Darboven’s death is sad not least because it comes just at the point when younger artists, such as the Irish composer Jennifer Walshe, are discovering the German artist’s offer of freedom for themselves. In her recent Grúpat show at the Project Arts Centre in Dublin, Walshe staged a group show for nine artists – actually aspects of herself – and let them run riot. They created votaries, their own instruments, garden sheds and always musical scores – made from stones, string, drawings – and soundworks. In Grúpat’s over-determined universe, there was much that was playful, but there was also a deadly serious attempt to describe the world and the networks it throws up. And that is straight out of Hanne Darboven. Listeners can hear an excerpt from Hanne Darboven’s Requiem Opus 19 at: